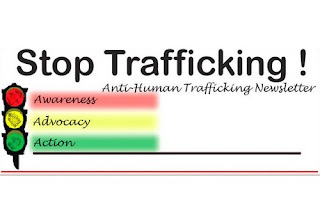 Australian Catholic Religious Against Trafficking in Humans (ACRATH) campaigns against human trafficking with the slogan, ‘People are NOT for sale’. Human Trafficking is a modern example of the exploitation of workers and as such, Cardijn Community Australia expresses solidarity with ACRATH.

Have you observed slavery in Australia?

Visit the ACRATH website and watch the 6 minute video ‘Community’

“Slavery and slavery-like offences are serious crimes in Australia and can give rise to lengthy jail sentences. The Criminal Code imposes heavy penalties for slavery and slavery-like offences. For example, causing a person to enter into or remain in forced labour carries a 9 year sentence. Reducing a person to slavery has an even heavier penalty of 25 years.” Anti-Slavery Australia

Why is human trafficking wrong?

"Trafficking," the pope said, is "an unjustifiable violation of the victims' freedom and dignity, which are integral dimensions of the human person willed and created by God. This is why it must be considered, without a doubt, a crime against humanity." Pope Francis

What do you believe about this?

What changes can we make as individuals and in our community?

Can we change people’s attitudes, including our own, eg begin to use the term “prostituted woman” instead of “prostitute”?

Can we improve community awareness by discussing slavery with our family and other contacts?

For further information and for confidential legal advice contact Anti-Slavery Australia on (02) 9514 9660, email at antislavery@uts.edu.au, or visit their website at www.antislavery.org.au.