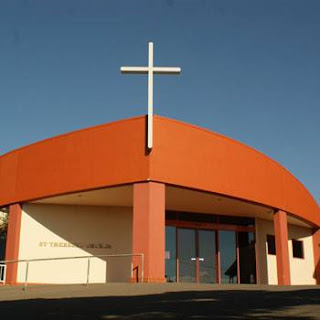 Former YCWs from Bendigo commemorated the 19th anniversary of Cardijn's death with a mass at St Therese's Church, Bendigo on 24 July 1916.

Today is the 49th anniversary of the death of Joseph Cardinal Cardijn the founder of the International YCW. .Iong before the late Bishop Grech used the telling phrase "God does not make rubbish".

Cardijn had roused up young people with his proclamation of the dignity of each and every young person which rattled the existing establishment for it was the foundation and call to action based upon a insight to the ancient teaching on BAPTISM?

His methodology of See, Judge ,Act was readily accepted , understood and embraced. His call to Review our lives based upon the truths of Life Faith and the contradiction thus exposed against the call to Change the world according to the teaching of Jesus aroused a generation to action.This occurred not only in his own native Land but spread around the world, arrived in Australia in the late 1940' s and is still alive in 90 countries today.

I was invited to attend the Cardijn Community International meeting in Chennai in May. The meeting was scheduled for December 2015 but was washed out by torrential rain and flood,the airport was closed for five days. In May it was 41 degrees most days and they did not have enough water to put on the grass at the Cricket ground! Eleven nations sent delegations old memories revived as we analysed our current situations, intriguing stories told ,old memories recalled, like

- Cardijn being welcomed by Pope Pius X1. " at last someone to talk to me about the Workers"

- A few years later Don Helder Camara suggested to Paul VI that Cardijn be made a Cardinal so that his voice be really heard at the Council.

This man with his young workers lived the social teaching of the Church They practiced the principle of Subsidiary .They ran their meetings organised their agendas and financed their work. They practised their Christian Dignity, opened the Word of God And were in the forefront of "full active and conscious participation" not only the liturgy but in all aspects of their parish life and that of the community.

In our Diocese YCW groups were established in most Parishes for leaders and general members. Len Chalkey was the first fulltime worker in Victoria followed in time by a series of wonderful women and men who gave years of their lives to the world of formation of young people.

The credit co op movement was born under the palm trees at St. Kilians and grew throughout the Diocese..Pre and Post Cana sessions were developed for those preparing for marriage,Road safety campaigns resulted in the bringing of seat belts to Victoria, and the stories go on. Who can forget the wonderful sporting and social events organised throughout the Diocese?

Next year is the 50th anniversary of the death of Cardijn. The process for Canonisation of Cardijn has begun in Belgium. It is also the 60th anniversary of the 1957 great International Congress in Rome . The YCW harnessed the energy and enthusiasm of 30,000 young people who went to Rome to greet the Pope with their unique message.

Today in the spirit of the Gospel we ask:

- Will you take a prayer card and pray for the Cardijn Cause?

- Some 10 movements are alive in our world coming out of the Cardijn experience. YCW is alive in 90 countries.

- Will you seek the support of people to celebrate the gift of Cardijn by considering to join a pilgrimage from Brussels to Rome in August next year?

Thanks for being with us today . Please stay after Mass, enjoy some hospitality and we can discuss these matters. 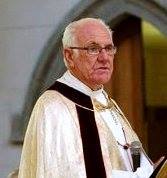