Economics for the 99%: Cooperatives in Victoria 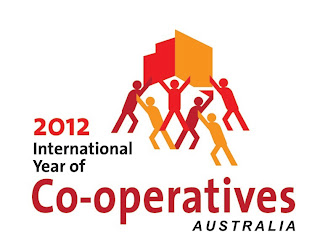 Cardijn Community Australia invites you to a Saturday Morning at Trades Hall for a series of snapshots of the past, present and future of the co-operative movement in Victoria.

The workshop entitled “Economics for the 99%: Cooperatives in Victoria” will take place on Saturday 11th August 2012, from 8.30a.m. to 12.15p.m at theTrades Hall Council, Lygon Street, Melbourne.

We will hear brief reflections and commentaries from pioneer activists and present scholars of the post Second World War co-operative movement. Some cutting edge co-operative start-ups will then be showcased. Our review of contemporary co-operatives will be followed by an opportunity to put your ideas in a general discussion.

Enrol here for the program: http://cardijncooperation.eventbrite.com.au/

Some perspectives from current research into Cardijn archives in Belgium and into pioneering movements in France.

From the 1940 to the 70s the YCW established co-operative housing societies and credit co-ops, the foundation of the Victorian Association of Credit Societies.

Maryknoll, founded in the 1940s, is a Christian rural co-operative whose vision of community, the land, and small industries partially anticipated the 1970s “back to the land” counter-culture.

Activist and scholar, David has worked in State Government, Brotherhood of St Laurence, and the Co-operative Federation of Victoria.

Prominent former State and Federal ALP politician, distinguished scholar of mutualism and author of ‘Jobs of Our Own’, Dr Mathews will conclude this session with his thoughts on the co-operative movement in Victoria since WW2, and the challenges and opportunities ahead.

The Earthworker workers’ co-operative, endorsed by the ACTU, will manufacture solar hot water units for union members and the community to aid transition to alternative employment in the LaTrobe Valley, and alternative energy

Shelley, a lecturer in the Department of Business Law and Taxation at Monash University, will outline this project to empower Australian clothing workers and outworkers.

This will be an open discussion on ideas for local community development and enterprise and building a potential network for a mutual and co-operative economy in Victoria.

You are invited to join us for lunch at a nearby venue.

The presenters talks will be videoed and uploaded onto YouTube.

CCA would like to thank the following organisations who have endorsed this event:

This is part of the Big Coop Conversation series.

It is also an International Year of the Co-operative 2012 Event.